Two grammatical errors you SHOULD be making in your copy 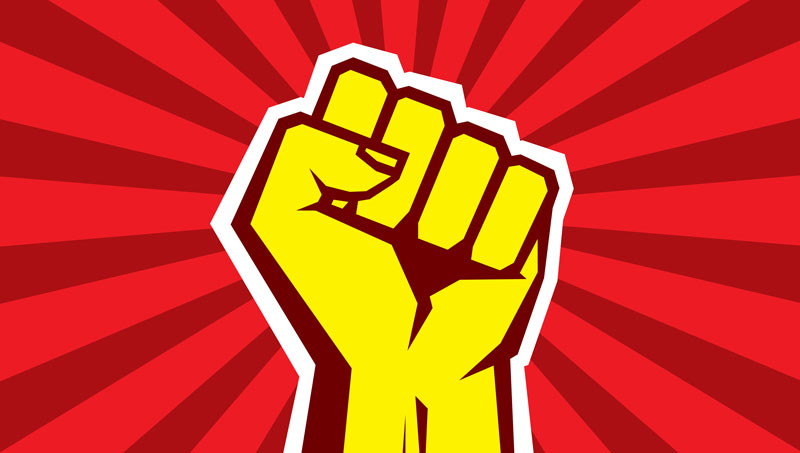 Rules are great. Blind adherence to the rules? Not so much.

As a copywriter, you’re constantly breaking rules. You’re a grammar rebel. You have to be. Otherwise you bore the shit out of people and they go buy from someone else. Sure, you need to know the rules before you break them, but you definitely can’t be both a prescriptive grammarian and a copywriter. (Or at least wear both hats at once.)

“I’m only going to give you one chance.”

Sounds fine, right? You probably heard it from your dad a thousand times, growing up.

But it’s actually grammatically incorrect. Or at least, semantically ambiguous. Why? Because when I say it, I mean, “you get just one chance”. But what I’m technically saying is something potentially different. With the “only” where it is, it actually applies to the “give”, not to the “one chance”. i.e. “I’m only going to give…”. It implies that there are other alternatives, but you’re not going to get them. Put another way, it could be preceded by, “I could take or I could lend, but…” to form this:

“I could take or I could lend, but I’m only going to give you one chance.”

So even though what I mean is you get just one chance, the reader could interpret my meaning as something like this:

See what I mean?

Here’s the grammatically correct way to write this sentence:

“I’m going to give you only one chance.”

But here’s the catch: can you imagine your dad saying that? Especially when it would probably be growled through gritted teeth and closely followed by, “I’m going to come down on you like a ton of bricks!”.

That’s just not how most people speak.

And when you’re writing copy, your goal isn’t to impress people with your knowledge of grammar; your goal is to keep them reading. To make it easy for them. If you construct something that’s grammatically correct, but practically uncommon, they’ll notice. Whether consciously or sub-consciously, they’ll find it jarring. And that may be all they need to stop reading.

The technically correct way to say it is:

But again, sometimes the grammatically incorrect way is the right way for the reader. It requires more vocal effort to say “here are a” than to say “here’s a”. And a good rule of thumb is that if something would be hard to say, it’s probably going to be hard to read. Usually it’ll just stick out and sound stuffy.

Which is the last thing you want, as a copywriter. You want people to be immersed in your message, not focusing on the medium.

Of course, you shouldn’t break these rules blindly either! In some (rare) cases, breaking the rules just makes you sound lazy or uneducated.

Long story short? Write for your audience, not your English teacher.

I must say that “Here’s a few of them.” definitely sounds better for me even though as you said, is grammatically wrong. Interesting read! :)

I am going to give you only one chance... Mostly, we don't use this in writing. Do We? And I think when one says this. he/she is putting some efforts on "ONLY" I will be coming back to you because my Grammar is a bit weak.

This website uses cookies to improve your experience while you navigate through the website. Out of these, the cookies that are categorized as necessary are stored on your browser as they are essential for the working of basic functionalities of the website. We also use third-party cookies that help us analyze and understand how you use this website. These cookies will be stored in your browser only with your consent. You also have the option to opt-out of these cookies. But opting out of some of these cookies may affect your browsing experience.
Necessary Always Enabled
Necessary cookies are absolutely essential for the website to function properly. These cookies ensure basic functionalities and security features of the website, anonymously.
Functional
Functional cookies help to perform certain functionalities like sharing the content of the website on social media platforms, collect feedbacks, and other third-party features.
Performance
Performance cookies are used to understand and analyze the key performance indexes of the website which helps in delivering a better user experience for the visitors.
Analytics
Analytical cookies are used to understand how visitors interact with the website. These cookies help provide information on metrics the number of visitors, bounce rate, traffic source, etc.
Advertisement
Advertisement cookies are used to provide visitors with relevant ads and marketing campaigns. These cookies track visitors across websites and collect information to provide customized ads.
Others
Other uncategorized cookies are those that are being analyzed and have not been classified into a category as yet.
SAVE & ACCEPT