I just spent 2 weeks training writers in China. Here's what it taught me about English (and food).

I just returned from 2 weeks in China, where I was training some English-speaking writers.

What an eye-opener! And not just because it’s an amazing country with an entirely different culture and a couple more people than Australia. I learned three quite unexpected things in my time there.

I knew the food over there was going to be different. Probably challenging. But I was genuinely excited about experiencing authentic Chinese food, and seeing how it compares to the Chinese food we get in Australia.

So when I arrived, I had only 2 food-rules:

But it turns out Chinese cuisine features a lot of intestines and what-not. Like these pig intestines: 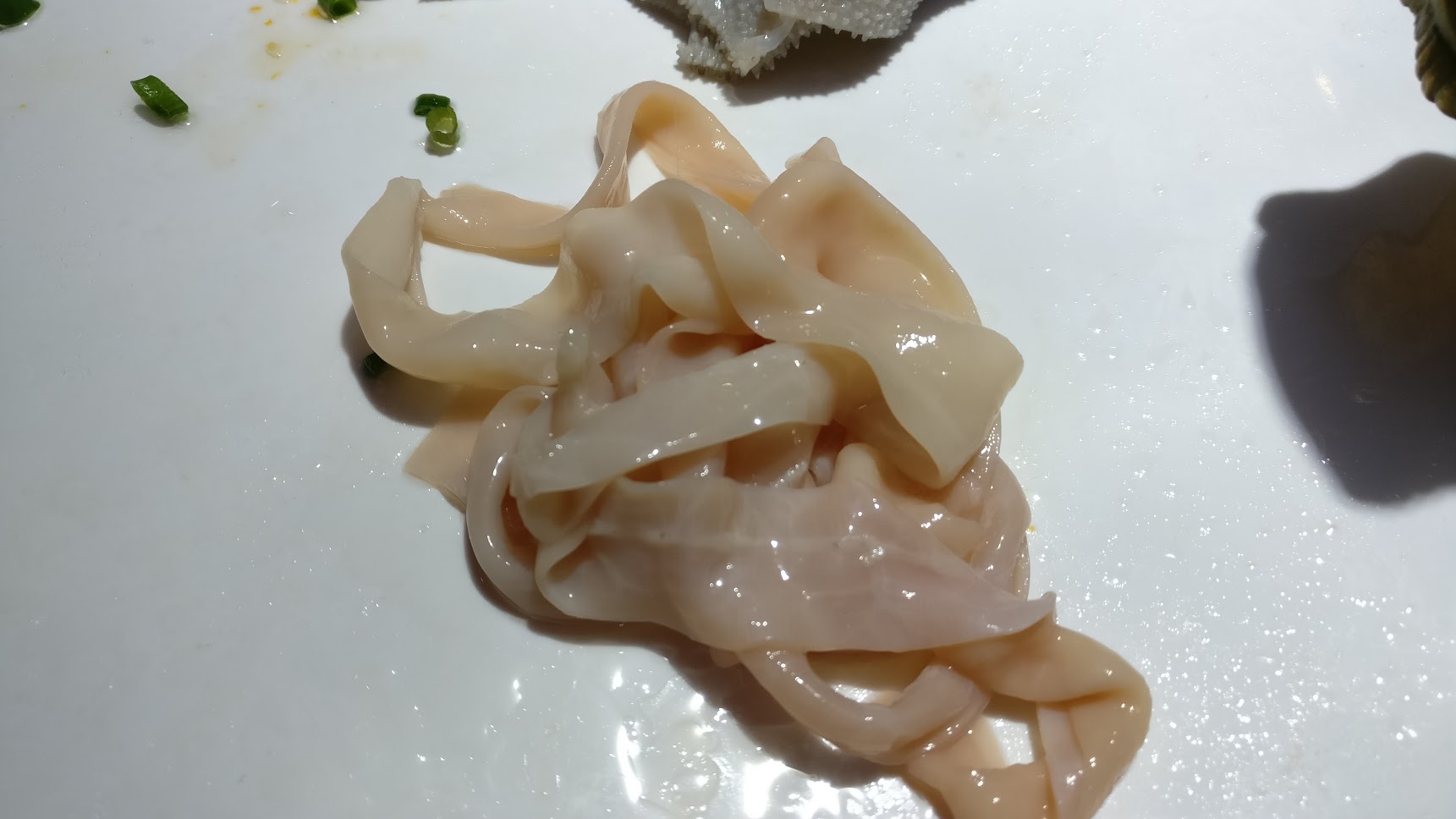 And this, which I think is a cow’s tongue: 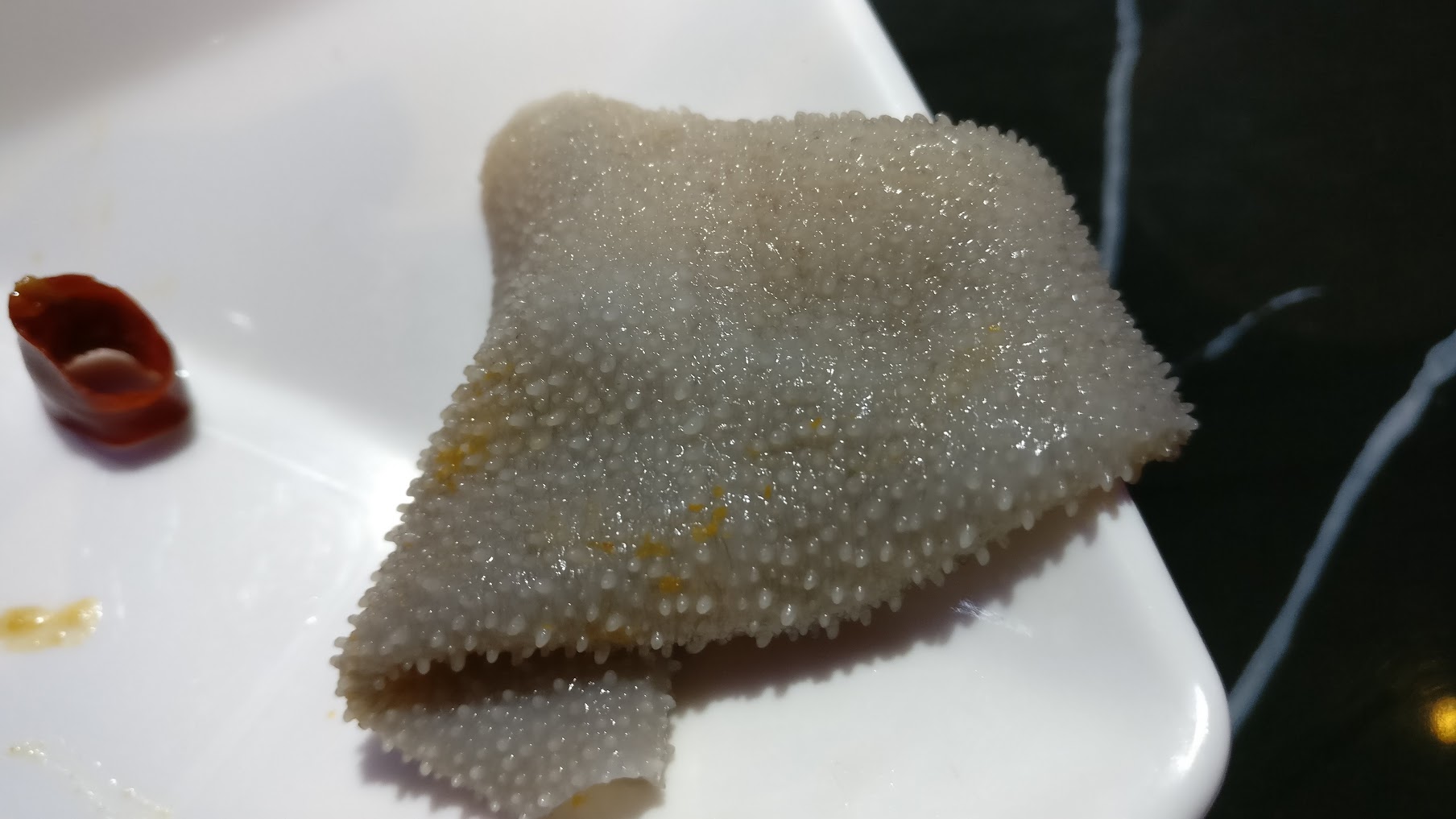 It also turns out I’m not a big fan of that sort of stuff. I tried it, but as my father-in-law would say, it’s just not my big thing.

So after a week of trying everything they sent my way, I introduced a third rule: No more guts.

It’s not the idea of the guts that bothers me, either. I can work around that. It’s the consistency – it’s just so chewy! Bleh!

I eat quite a bit of chilli, so most of the Chinese food I ate wasn’t too hot for me. This hot-pot, for instance, was what I’d call ‘medium’: 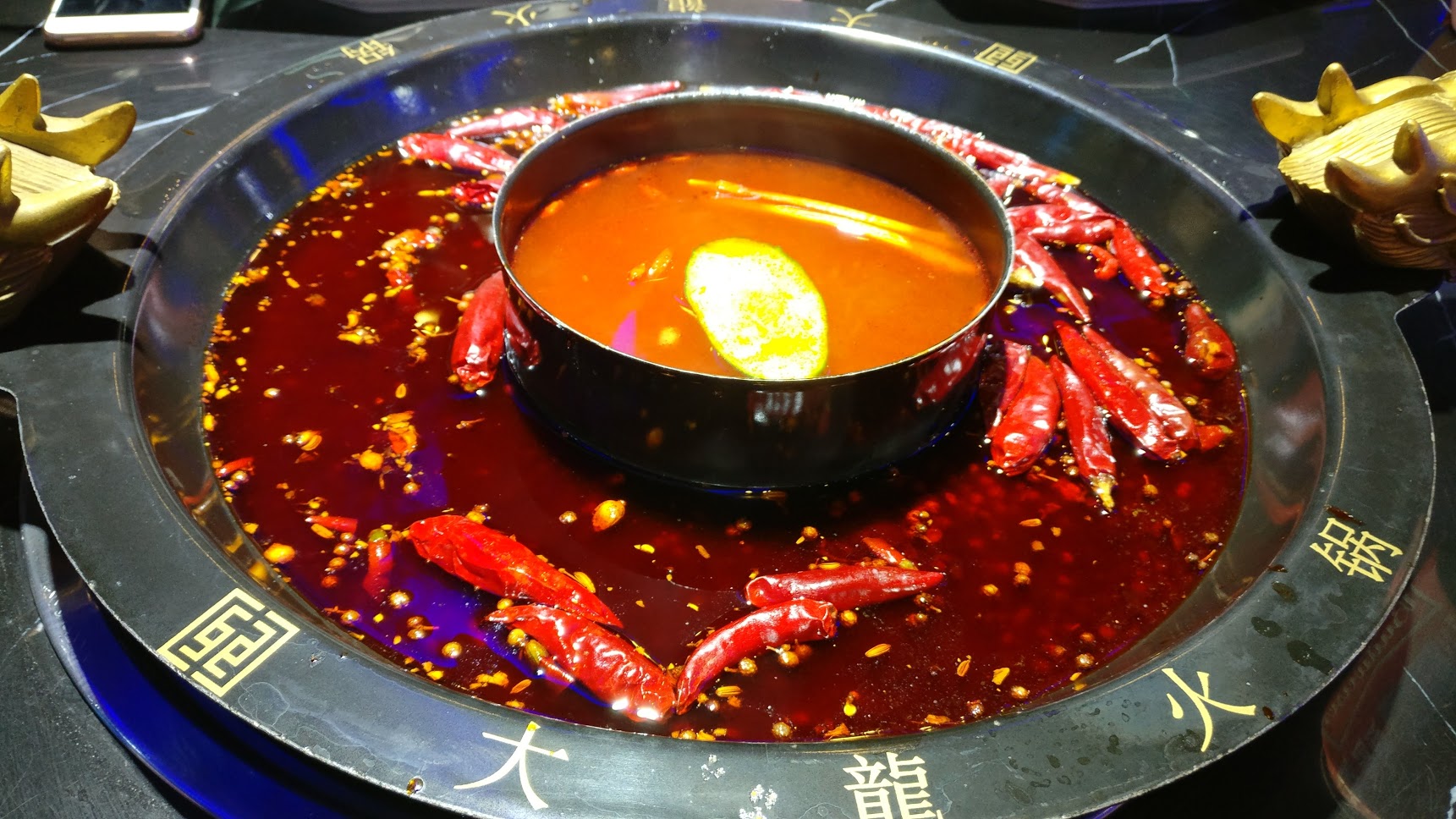 Mind you, it was categorised as ‘mild’ by the restaurant itself. So I’m by no means a chilli hard-ass. (I did already know this, though. Vindaloo is too hot for me, in Australia.)

I was training a team of five Chinese technical writers / copywriters. These guys:

They write in English, and I was engaged to teach them how to do it more gooder.

I knew this would be partly a grammar exercise and partly a writing exercise, but the amount of grammar surprised me.

Don’t get me wrong; these guys knew a lot about English grammar. They’d studied it in detail, and they were all more familiar with the actual rules than most English speakers (and writers) I know. They weren’t the problem: the entire English language was the problem. It’s crazy! Just about every rule is insanely complicated, and many have so many exceptions that the rule is hardly ever observed.

When you grow up with the language, you don’t ever need to confront these crazy rules, head-on. But when you’re trying to learn the language (or teach it), you quickly discover how unfriendly they are. Of course, I knew this before I went, but I’m not a grammarian, and even though I studied TESL at uni, it didn’t have a grammar focus. So I’d only ever pulled apart the rules that frequently trip up native English writers (or my kids). When I had to teach my Chinese students right from wrong, I had to do a lot of thinking.

I could cite many, many tricky examples, but the one that stands out most is the rule for when to use a determiner before a noun…

What are your experiences (with either)?